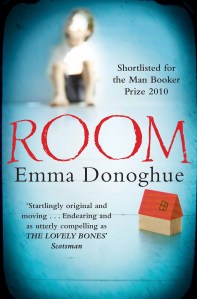 I have just finished reading ‘Room’ which is a very moving story about a Mother (Ma) and her 5 year old child (Jack), who are being held hostage by a man they  refer to as ‘Old Nick’

I don’t want to give anything away so I won’t write too much about what happens. The story is told from Jack’s point of view which is really interesting because it gives total insight into how he feels, what he believes about the 11 foot square room that is his world and what he is personally struggling with throughout the story.

It is a harrowing yet humourous tale about a Mother’s love for her child and their survival in such a devastating scenario. Emma Donoghue has given a terrifying ordeal such reality and light heartedness, narration through Jack’s eyes is a very clever technique. The book is incredibly well written and an utterly compulsive read.

An article relating to the book can be found here

This entry was posted in Books, Stuff and tagged Book, Donoghue, Room. Bookmark the permalink.